Protection from Blue Light…..Who needs it!!! 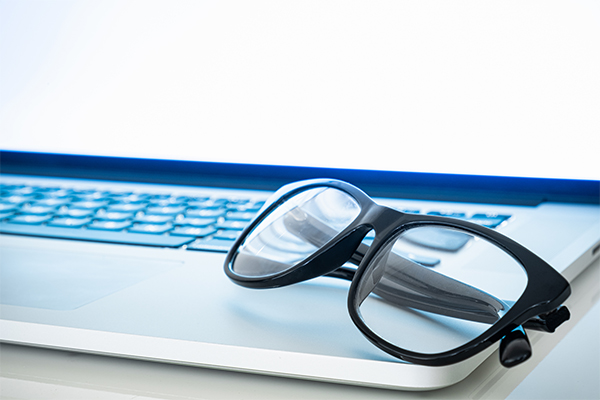 Being a Baby Boomer, this is the same argument that I heard in the early ’70s when consumers started to hear that we needed to wear sunscreen that filtered UVA light and later UVB light. I often heard statements along the lines of We never needed it before. Why do we need it now? What is so bad about getting a suntan? I don’t even know what UVA is

Now as an Optician, I am learning more about the effects of light and how it affects our eyes. As you can see this study of light and its effect on the human body is nothing new. As technology advances in the world, computers are allowing scientists to compile more research material, as well as new technology to allow scientists to research light delving deeper into the effects on the eye. They are warning us of conclusions reached in this new research. This new understanding of the electromagnetic spectrum is raising the awareness of the potential for injury from long-term or excessive exposure to a small portion of the light spectrum. The optical field is being flooded with new information about a threat that we have always had, and new threats that come with the new technology we use every day. And that is ‘’Blue Light”

The greatest source of Blue Light is the sun. In a wavelength of light, the UVA, UVB spectrum is a part of the light that we “cannot” see. In the wavelength, the next section of the light is where the visible spectrum begins. It starts around 400nm (nanometers is the unit used to measure the frequency and speed of light) and ranges up to around 700nm. Blue Light is in the spectrum from 400nm to 500nm. This part of the light is also known as “High Energy Visible” light or HEV light. Studies have shown that Blue Light has little contribution to our “seeing”. Blue moves very fast and tends to scatter causing it to be extremely difficult for the human to focus well on Bluelight. Blue light within the eye tends to cause chromatic aberration. Here are the areas being researched relating to Blue Light as well as ultraviolet light and the possible effects on the eye.

No comments to show.