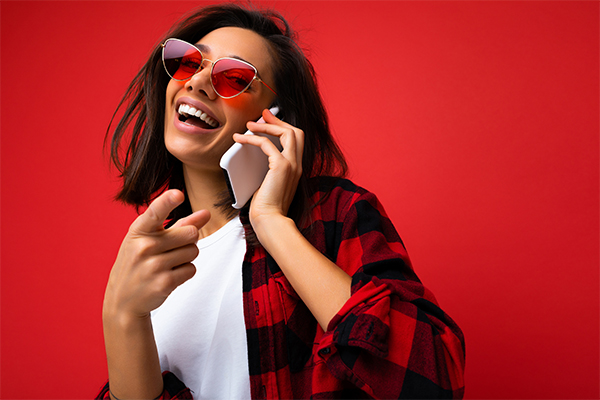 Sunglasses have a long and rich history but most of us see them as a modern invention designed to protect our eyes from the sun. Here are ten interesting facts that you probably didn’t know that will completely change your view on the world of sunglasses.

The debate on whether eyebrows should show when wearing sunglasses is unresolved. Something it is a matter of face shape; others view the presence of eyebrows above the glass rim as a heinous crime. There appears to be no right answer.

The Chinese of the 12th Century are credited with inventing the first sunglasses, both to protect their eyes from the glare of the sun and to hide their facial expressions in a court of law. The idea behind sunglasses much older, however, with the first examples being Inuit snow goggles. These were designed to reduce the amount of eye exposed to the sun’s rays.

The Roman Emperor Nero is reported to have watched Gladiator Fights in the Coliseum through polished emeralds.

British singer Elton John is well known for his love of wacky sunglasses. So much so that he even inspired the 1998 play ‘Elton John’s Glasses. It is no surprise then that he is thought to own the largest personal collection of sunglasses in the world at around 20,000 pairs.

Polaroid filters offering UV protection were invented as early as 1936. Before that time, tinted lenses just reduced the glare and amount of sunlight exposure to the eye.

The achingly fashionable and famous Ray-ban Aviators ala Top Gun are a product of science, not fashion. They were originally designed for the US Air Service pilots by medical equipment manufacturers Bausch and Lomb and were intended to reduce headaches and sickness caused not by the glare from the sun but from the intense hues of the sky at high altitudes. They used the above-mentioned Polaroid technology and a green-tinted lens to create them.

Sunglasses started to filter into the US mass market in 1929 and by the late thirties, were considered a cool accessory. Life Magazine, in an article about the growing popularity of sunglasses, estimated that only around 25% of those purchased were worn to protect the eyes. The rest, like today, were considered a fashion accessories.

Just one Luxury Good Company produces 70% of the world’s designer sunglasses. Labels such as Burberry, Chanel and Ralph Lauren are all designed and made by Italian company Luxottica and they also own the Ray-ban and Oakley brands. Cheap glasses can be just as good at blocking harmful UV rays as expensive ones, but more expensive ones tend to combine all of

No comments to show.